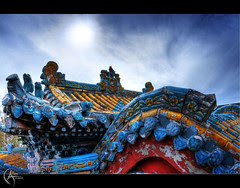 My newest series is the “Shadows of Splendid China”. This is my first project of 2010 and was my first serious venture into macro photography. Armed with a Canon 7D a 50mm 1.8 and a EF 15mm f/2.8 Fisheye lens I approached the “Deco Business” on the far side of Apopka Florida who had some of the remains of the once great Splendid China Amusement Park that I visited in my early 20's near Kissimmee Florida . 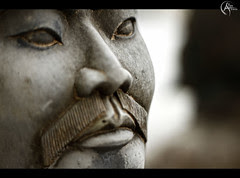 A lot of information about “Splendid China” can be found here http://www.lostparks.com/china.html & here http://en.wikipedia.org/wiki/Splendid_China_(Florida) . It was a $100,000,000 theme park partially owned by the People’s Republic of China. In its heyday it was truly extraordinary with all of the greatest buildings in China built in small scale (most about 2 to 3ft tall). I remember vividly the lush green gardens and the beautiful flowers that were there. The buildings themselves were a model builders dream, all made from real stone and tile and detailed to the highest degree. The Great Wall of China was there, it was about 2 miles long. The park was also filled with amazing Chinese acrobats and magicians that put on a fantastic show each night. I did find an old video someone shot in 1996 of it: http://www.youtube.com/watch?v=d1x8CxnypuM (not mine). I was very fascinated with the Chinese Culture so the trip to Splendid China was the next best thing to actually getting to see China at the time. 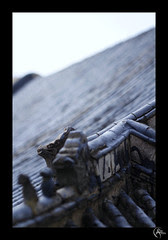 Years later in 2002 I returned to the Park and it was a shell of its former glory doomed to close in light of finical troubles and was in desperate need of upkeep. Splendid China closed in late 2003; many of the models were sold the rest of the park fell victim to horrible theft and vandalism due to trespassers as seen in this video found online: http://www.youtube.com/watch?v=S542tXY2JB4 also this site has some before and after shots http://sbno.illicitohio.com/splendid01.htm 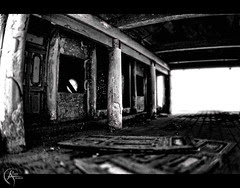 The “Deco Business” in Apopka only had a few of the once great temples and buildings but they had a number of the small 2ft tall Terra Cotta Warriors and a few large ones. 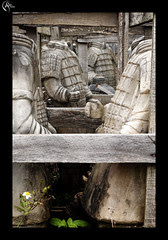 The key to the shoot on this lot was getting low angles. I was using my home made camera support the CCS #1 (Colossus Camera Stand) that allows me to snag nearly any angle and hold it there. It was ideal for HDRI photography that I used on many of the shots as most images were taken just inches off the ground and from the models. 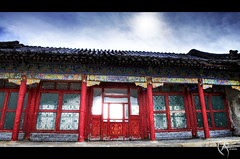 The Canon Live View was a huge help as the camera angels were so tight that looking through the glass viewfinder would have been next to impossible. The 19 point autofocus of the 7D was a godsend as I tried to pick out my focus points at wide open apertures
Most of the shots were done with Aperture Priority mode since it allowed me easily just to focus on depth of field without worry of over exposure. The majority of the shots were taken at F2.8 down to 1.8 to create the dreamlike depth of field. 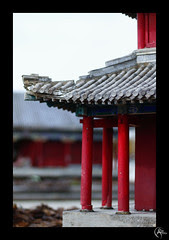 The use of a flash was at a minimum, mostly just to chase away some shadows but occasionally to add a touch of drama. I used an off camera handheld Vivitar 285HV with a sync cord to dial in the light mostly at 1/16th power. 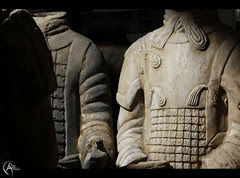 I shot the entire set with multi-bracketed exposure jpeg files (no raw data) this made it easy to hit the ground running when processing the photos with the latest version of Photomatix. Additional sharpness and mid tone detail was dialed in a bit with Capture One 4 as that program has some amazing dynamic range enhancement tools. 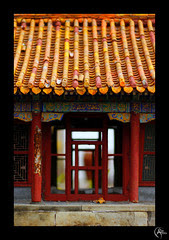 The final step was defining all the color details with Color Effects Pro in Corel PSPX2 . I did a lot of tweaking with the brilliance and warmth filter and any shot that was black and white was converted with this filter set. The U-point technology in the Nik software made this process quite simplistic. 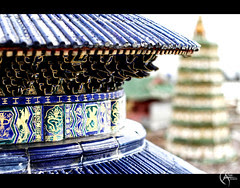 I am pretty happy with the set, though I wish I would have had even more subjects to photograph. I am considering trying to contact the landlords at the former Splendid China location but with all the vandalism there I think the experience would be pretty heartbreaking. At any rate this project was a lot of fun and brought back good memories of my time in Splendid China so many years ago. 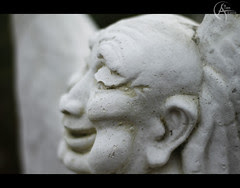