From the Super Bowl to Super Sonic

I have been quite busy since my posting of the “Shadows of Splendid China” entry. On my own I have been working on a new version of the CCS (Colossus Camera Stand); my version of a tripod replacement that allows far greater options for a photographer with the addition of a Bogan “Magic Arm” type kit. I have been using the CCS a bunch to get newer angles and improved stability in shots. My first experiment was at the Titusville Warbird Air Museum where I set the CCS 3 and my 7D up to get up close and personal with some vintage military aircraft. The CCS 3 allowed me to reach heights of 7.5 ft quite effortlessly and by using a Satechi TR-A wired remote and live view I could capture any angle. 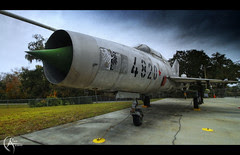 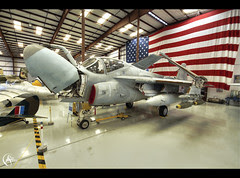 This combination of equipment gave me consistently stable and better composition than the boom pole mono pod tricks I had used in the past. The Satachi TR-A is a great product by the way, very well built and easy to use (and half the price of the Canon TC80N3.)It can be found here: http://www.amazon.com/Control-Shutter-EOS-D2000-EOS-1Ds-compatible/dp/B0018205KE/ref=sr_1_1?ie=UTF8&s=electronics&qid=1269804725&sr=8-1-spell 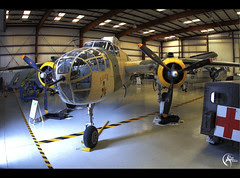 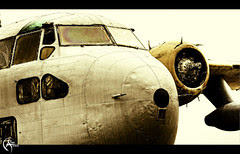 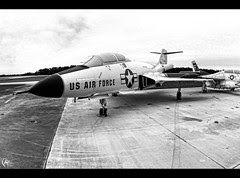 Right before the Superbowl XLI I worked with Kyle Vest and Model Jennifer Miller for a unique set of Colts photos. The critical element for success in this series of images was that I was finally able to perfect shooting on a solid white backdrop. I used an online tutorial here to learn the skill: http://www.zarias.com/white-seamless-tutorial-part-1-gear-space/ . 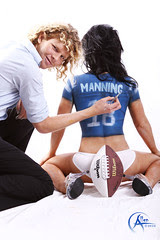 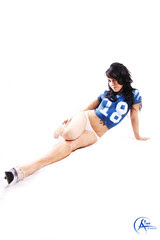 Since it took many hours for Kyle to paint the Colts jersey on Jennifer I decided rather than waiting for the final shoot, I would do some behind the scenes type work. I cranked the 7D up to ISO 4000 and armed the camera with my 1.8 50MM and it performed excellent in the low light of the makeup room as Kyle worked his airbrush magic. 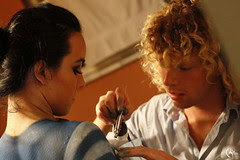 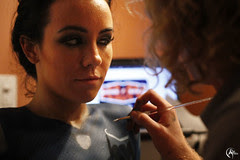 At around 2am we started shooting the main shots. The whole project was shot in a living room and I used a set of white sheets as the backdrop. To achieve the seamless look I simply added two strobes behind the sheets to essentially make a massive softbox behind the model. Jennifer was a fantastic model that knew all sorts of poses and took direction well so that made the shoot easy. 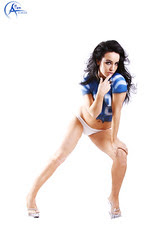 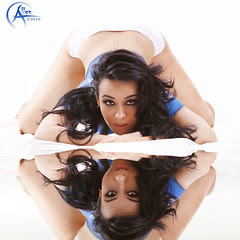 In post there were some make up issues to smooth out and the images had to be slightly edited to make them PG rated appropriate. I used the color overlay feature in Paint Shop Pro to match the paint on any area that had rubbed off. In general I did most of the tweaks using “Virtual Photographer” and “Color Efex Pro” plugs to the contrast and bring out the color. 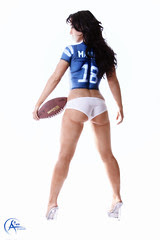 Two days after the “Colts” shoot I did some work for Orlando Bellydance with help from David Calabrese. Bellydance shoots are always fun because of the great costumes and the personas of all the different dancers. 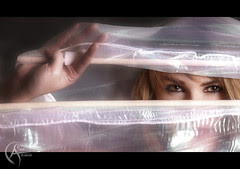 Traditionally I had done these shoots against a color neutral backdrop but this go around Dave and I started applying colored filters to the backlight strobes and it resulted in some beautifully backlit scenes. 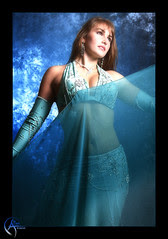 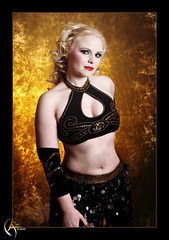 Later in post I started messing with illustration type paint effects and filters to tweak the colored backdrop to look more dramatic; It was a great learning experience. 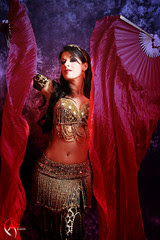 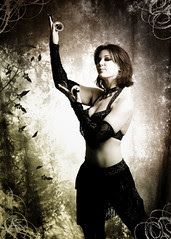 On Feb 8th I made my way to a beach in Titusville at 3am to capture what may be the last night shuttle launch. It was freezing outside so I dressed in a ski suit that I had in my closet (I use to live in Colorado). I had no idea how to photograph the shuttle but rumors were that when it went up it would be as bright as the sun. I took along a light meter to try to make a calculated guess. My objective was to capture the entire flight path. Under normal light I was getting a reading of about F4 so I figured F11 at ISO 200 would likely capture the rocket well using the bulb mode.

About 30 minutes after I set up the shuttle went airborne. I heard the countdown on a radio another spectator had. I hit and held the shutter button on my wired remote and was shocked just how bright the shuttle launch actually was. Likely I should have set the camera at F22 but I was committed now. The image came out over exposed but I had shot it in RAW and was able to fix it up well in post. Did I mention it was truly spectacular to see the Shuttle go up? Wow, I’ll never forget that. 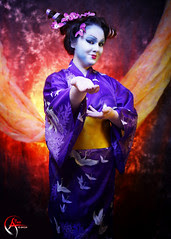 A few weeks later Dave asked if I could show him some of my basic lighting skills so we invited photographer Carrie Mullins over as both a model and to provide some insight. Kyle Vest decided to pitch into the project too so it turned into a very fun night of photography. Many of the backdrop lighting ideas were used from the bellydance shoot.

One of the shots is a multi-armed Japanese goddess named Izanami. The shot was a composite of Carrie holding her arms in different poses and merged together as one using basic masking techniques (I had wanted to try that for months.) 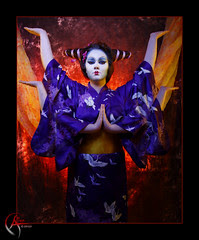 In early March I did some Nature photography at Blue Springs Park in Florida, nothing overly special here but I did have fun playing with natural light . I have been shooting so much with strobes as of late I almost forgot how fun natural light can be.

Later in March I decided I needed to know what it was like to shoot with a massive telephoto. I knew the Warbird museum was hosting an air show so that was my excuse to rent a Tamron 200-500MM F/5-6.3 from http://www.thelensdepot.com/ .

The lens looked like some type of rocket launcher attached to my Canon 7D, it was massive especially with the lens hood. I took it to Disney’s Animal Kingdom the day before to try it out. Every time I pulled out the camera with that lens on it people would look at me like “Whoa, what the heck ?” , a few guys seemed to feel a bit insecure about their lens size and often left the minute I walked up LOL. 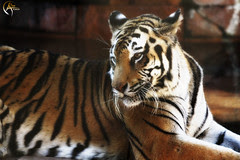 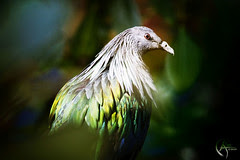 My favorite shot was that of a mother Gorilla who was cradling her newborn. I just happened to have the camera in high speed shooting when she walked out into the clear; she looked around and then walked back into a covered area so the shot was truly a lucky break. Outside of this shot I was having fun getting close and detailed with some of the other animals at the park, especially the beautiful tigers and the deadly Komodo dragon. 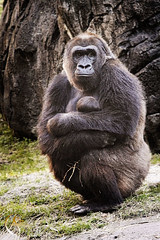 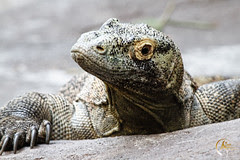 The Warbird airshow was the next day. I set up my camera with the massive 500MM lens on my CCS and it looked very much like an anti-aircraft gun. I was very pleased with the high speed shooting abilities of the 7D and the autofocus system. The lens was another story, It worked great under 300MM but above that it was hard to focus in on things. I know a lot of that was that clouds were sparse that day and the blue sky overpowered the planes in exposure and I didn’t have a polarized filter for the 500MM; So I shot mostly on the lower end of the zoom scale but at 18MP I was able to crop shots at a higher resolution than most cameras so I was still able to get the close up shots I was originally after. 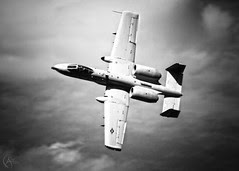 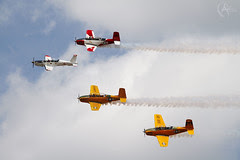 Yes this has been a busy two months but I have learned a bunch of new tricks in photography. I will say that I am in love with the Canon 7D, the more I use it the more impressed I am with how agile this camera is and how constantly and easily it delivers great results.

This shot of a Mazda RX8 Shinka was done in HDR