I’ll admit it’s been a very long time since I have worked with film camera’s and back then I never really had the best 35mm equipment. So like many people of this era, when digital cameras came I made the switch and didn't look back… well that was until recently. A few post ago I stated that I had picked up a Mamiya RB67 Pro S Medium Format Camera, well today I got my first roll of film back and suddenly everything those “film purists” have said about “film vs digital” on photography forums made sense… Film, especially IMAX sized medium format film has a stunning dynamic range and color consistency that I just haven’t seen in DSLR. (The image above is a comparison of 220 Medium Format Film to 35mm.)

Here are some shots below (click to see them bigger) that have no post color processing, this is the fundamental image: 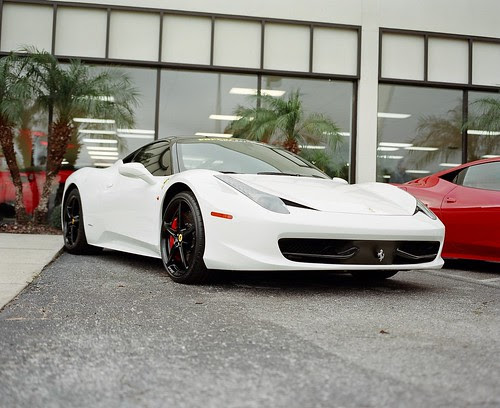 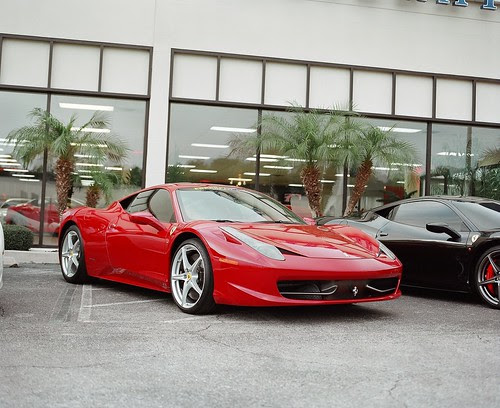 I notice the reds on these Ferrari’s are so pure, there is no half shade of magenta on the car curves or pink hues under bright light, just pure red. Look at this comparison between my trusted 7D and RB67 blown up to 80%:

Both of the shots above are completely untouched by post process, the detail and color on the RB is awesome. 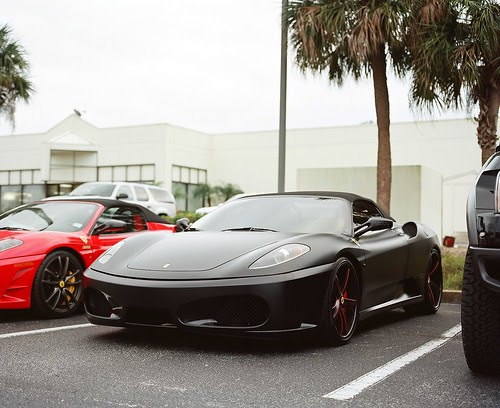 There are details in the shadows, subtle shades of grey and black that to the critical eye offer up so much more depth. Then there is the whole depth of field look that seems so unique, almost tilt shift like.

I’m stunned, I feel as if I have been both humbled and enlightened by a single roll of 220 Film.

This isn’t to say I won’t shoot digital anymore because there are certainly things that are not easy to do with film (or cost prohibitive) but I will say this a powerful tool for those really special shoots that demand a fine art feel about them. I will also say if it weren't for digital I would have no idea how the hell to really set up a medium format camera. Digital has helped me understand the effects of f-stops, shutter speeds and ISO because it's free to experiment and I could instantly see what worked well and what did not.  After years of trial and error I have a solid understanding of the fundamentals.

Think about the first time you switched off the "Automatic everything" mode and tried the manual or assisted manual modes...film is honestly nothing more than a step beyond that. 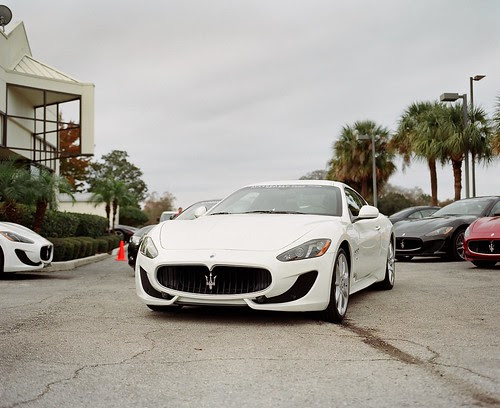 The Mamiya is fully manual, there are no electronics on it, no automatic anything. Light metering is required, f-stops, shutter speeds and focus are all done by dials. Then there is the lever to advance the massive film, removal of the dark plate and the lever to raise the mirror. After all that it’s down to the core of photography, composition, focal point, light and the perfect moment to hit the shutter. With a hefty “woomph, click” sound the shot is made and your wallet is a few dollars lighter. A video of how it works can be seen here http://youtu.be/WhL2CA-zauU 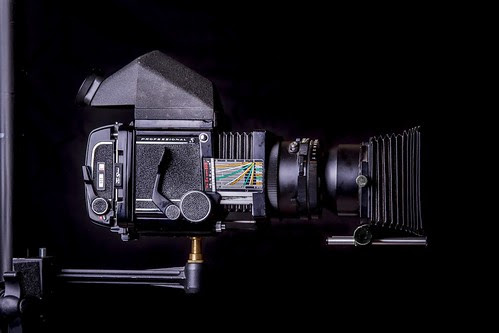 That is perhaps the thrill of it, the fact that unlike digital you can’t just shoot like heck and pray that in hundreds of shots there is a good one…in this format you have to make each frame of 20 count. Medium format is a serious challenge but also a serious opportunity to slow down and really learn the art of photography.

For those of you considering or curious about getting into film just know that the popularity of digital cameras is strongly working in your favor. Most of this type of equipment notably vinatge is extremely affordable on the used market. Many vintage medium format cameras from Hasselblad, Mamiya  and Bronica can easily be obtained for under $1000 on places like EBAY or Craigslist. Many like the one I found come with many extra accessories and lenses.  Film stock for 220 costs around $13 a roll at places like B&H and development starts around $20 a roll (scans can be much more). Considering these cameras costs as much as a car when new (the digital medium formats still versions do) the deals that can be found online are amazing.

Right now I am more excited about this heavy, mechanical, tool from long ago than I am about any camera under ten-grand today. The RB is a mystery box and in my mind I wonder if this is type of image can be the foundation photo, what happens when you take this image into the far reaches of digital post? Considering the resolution available on high resolution negative scans (the current set was just basic) I see a world of potential here. 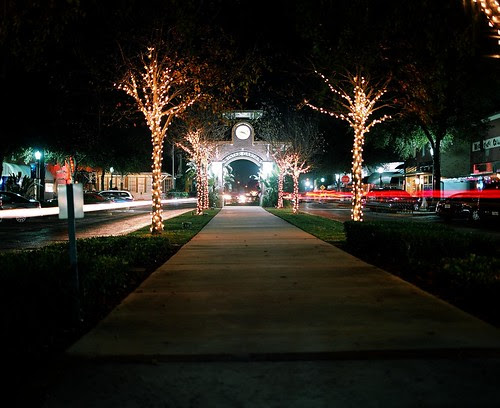 I don't look at Medium Format as some end all be all thing but I do see this as a powerful tool to further my skills and ability's as a photographer; this can be said about film as well. There have been many great photographers through the decades that did extraordinary things with film and low tech cameras, many better than the images taken with the best DSLR's today.  These light collecting instruments are all just tools , as Ken Rockwell said "Your camera doesn't matter" it's about your imagination and understanding of photography.

Thanks for reading
~Jesse