What I accomplished in 2012

This is a story about nine groups of amazing things I was able to accomplish in 2012. Some of the items include the making of seven video games, composing music, creating great images and even a tale of cosplay! Sound interesting? Then get ready for a great read and lots of eye candy.

2012 was one amazing year for me and it wasn't until I reflected upon all that took place did I realize how far I had really come in a single year. Here are the 9 amazing things:

#1 - I crossed the ten year mark in the video game industry: 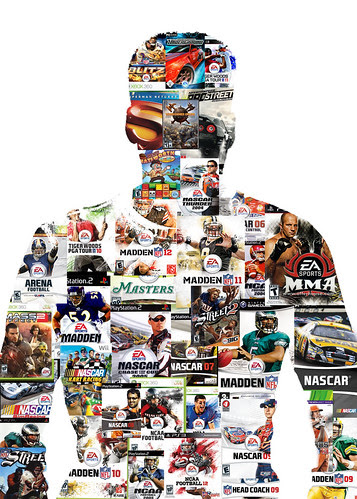 Perhaps more significant than just being in the industry ten years is the fact that in that ten years I have been part of 44 video games in regards to sound, music and design! That averages 4.4 games a year for my entire game industry career, that is a lot of time in the virtual world. I have stayed in it because the industry is fascinating and ever changing. The people I work with are so creative, insanely talented and inspirational.

The image above is a glimpse at some of the wonderful titles I have been a part of over these past ten years.


So the second most asked question I get in my life in regards to my job is "What are you working on at EA?" (The first question I get is normally from musicians asking "How do I get my music in a game?")  in both cases those questions are not easily answered for a variety of circumstantial and legal reasons. The game industry is very secretive and the majority of the "real stories" are never heard. So the only things I can really talk about are what happened, not what's happening, and even that is the tip of the iceberg (I guarantee my peers are reading this...what's up guys?) However you are in luck as I do have a little insight to share on seven games I personally worked on this past year.


I was the lead sound designer on the reboot of the classic Midway Blitz game. For a sound designer this game was lot of fun to create. Nearly everything in Blitz was supposed to be over-the-top; This was all in stark contrast to the years of Madden and NCAA that have a very realistic sound pallet. Everything from the layers of metal and electric sounds in the menu, to the flank cannon type tackles and power up sounds.

Most of the sounds were designed with a device I made in Native Instruments Reaktor called "The Collider" that is very similar to a patch available to the public by "Twisted Tools" called S-layer .
The whole process is a bit like a Foley stage in the digital world. As I watch animations, I sequentially trigger sounds to be collided together to create rich and unusual tonal textures. The sounds came from Foley sessions,  heavily distressed stock sounds, digitally created sounds as well as musical elements.

The other thing I really enjoyed on the Blitz project was the commentary. I worked with a great producer named Brad Lippman who just did an outstanding job not only designing a great script but also worked with me on the creative integration of the lines. The commentary talent Tim Kitzrow and Brian Haley had us laughing so hard in the recording studio we were often in tears trying to breathe right.

The soundtrack was one of those rare instances were we had a green light to hire a composer so we picked   Josh Money  to create a menacing Dubstep type theme and menu music base .

Blitz came out in January of 2012 and was a "Skunk works" type project within the studio meaning we kept the entire thing so hush, hush that many people at our studio didn't even know development was underway much less the press. So obviously we were a small team but what a great team it was, all of them are a super creative bunch. Blitz was also the very first direct to consumer game I worked on...meaning I wasn't under the constraints of fitting on a DVD, that was a plus.


Obviously because it was not released I am not able to say much. However setting aside the game release situation it was an incredible production. I enjoyed greatly a location recording in Hollywood with some basketball players, exploring designs in interactive music and working with some amazing sound source taken from basketball games from around the country in 24 channel surround sound.

Sadly, due to the games circumstances that's all I can really say.


I was one of the first two sound designers on the EA Sports label privileged enough to work on the new Nintendo Wii-u. As hard as it was to work on a new platform on the first go, the Wii-u proved to be an an outstanding platform.

The Wii-u features both a tablet and an traditional game console, the two can share or have their own unique game experience, they can also both have their own isolated audio experience (something that I hope I get a chance to greatly explore more in the future). Though Madden 13 was based on the designs for the 360/PS3 there was no way for it to truly be a "port", the Nintendo hardware is very unique so audio functionality needs to be exclusive in the majority of cases. Keep in mind my integration background with Nintendo hardware goes back to the GameCube (A device from an audio standpoint I felt rivaled the Playstation 2). I also developed for the DS a few years back that from an audio standpoint was like a really cool VST synth/sampler. So taking Nintendo's latest tech out for a serious run was very intriguing and in the end very gratifying (it is a very powerful console).

In redesigning crowd and hit systems I actually was able to discover some new methodologies that could translate to better optimized designs overall. What makes the Wii-u so fascinating is how you play a game...this version of Madden allowed you to hand draw the routes at the line, sounds simplistic but boy does it change the game experience.  For the user, the process of creating routes is so much more exciting that I had to create some special mix and sound elements to cue the user that the ball has gone in motion in a natural way. I did this through manipulation of the line shuffle sounds so it would feel natural as if the whole chain of events was coming to life as it does on an actual field; the set of sounds would help the end user look up from the tablet at the right time.

The Wii version was easier since there had already been an effective audio design in place for that platform; so all it needed was a fresh mix, some tuning and better quality source sounds that we had plenty of due to a great year of field recording.

Finally a hand held PS3, sorta. Actually working with the Vita for the very first time was great. For this it was about refinement of audio designs to run on the Vita efficiently. For this project I worked closely with Nova Scotia based developer HB and thier internal audio group. By the time we had finished the audio experience was remarkably close to the PS3 version just not surround sound enabled. Though the biggest trick on a small console is making the mix and sfx sound great through headphones and that required some EQ and mix tweaks as well as some custom versions of sounds heard often. My first Facebook game! ( Give it a go, it's free!) From an audio standpoint I co-developed this with another sound designer named Rob Warren who had also developed audio for the I-pad version that I didn't work on.  The Facebook version however was really all about the sound. Graphically it was a simple flash game. Each audio clip had to unravel like hearing it live on the radio while watching graph updates; That aspect of the design really made it a unique experience to put together. From an audio standpoint I had to think through what would make a compelling audio event based based on what essentially was a user interface menu type graphical experience.

In the week before writing this I had just finished hooking up over 4,300 sound emitters for the game. Sadly I can't say more until it hits the shelf but the game has been fun to work on. It's been several years since I have worked on this franchise.

And then there is the vast body of photography totaling over 5,300 images that I shot both professionally and personally this year. A list of my top ten favorite shots was blogged about in the post before this one you are reading. 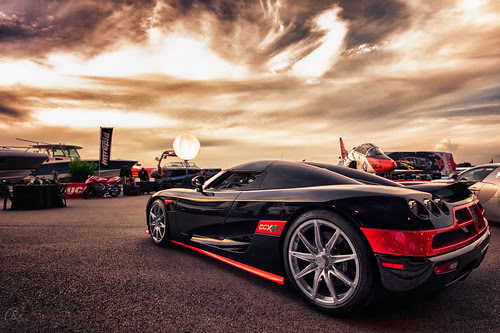 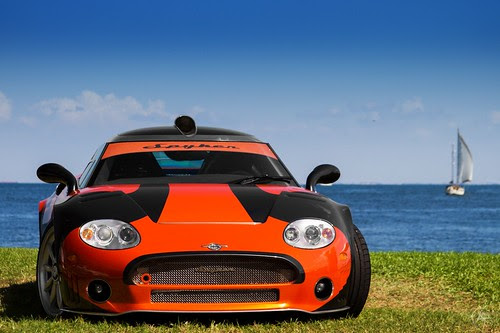 An image I shot of the Bugatti Veyron was used for all the tickets and flyers for the Orlando Festival of Speed. I was one of the official event photographers for the show. 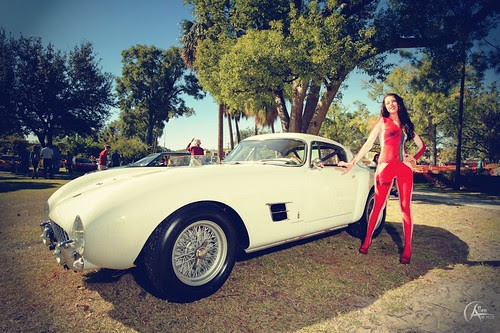 and the Rolex 24 at Daytona: 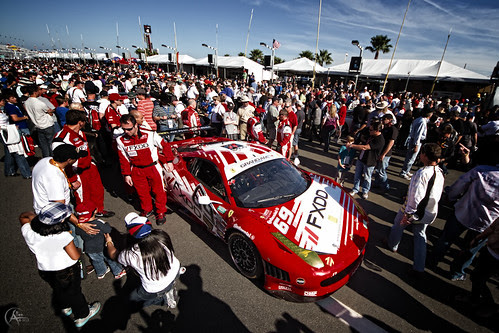 I was part of the massive A day in the life of the world project: 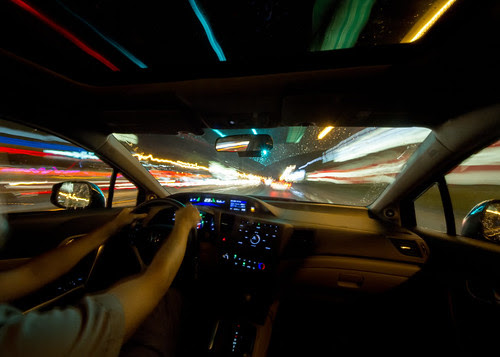 Then there was that story about the multi-million dollar Supercar collection hidden in a south Florida  flea market. You can read that here: The Swap Shop 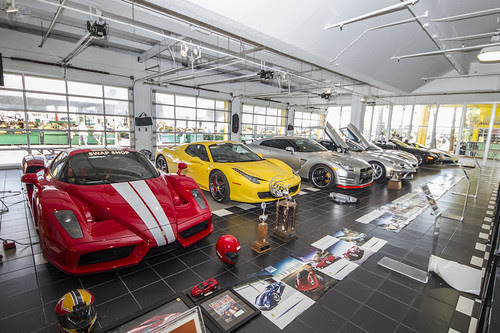 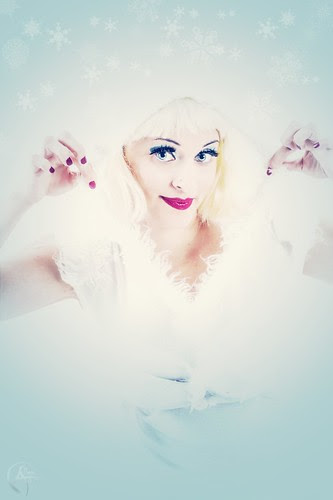 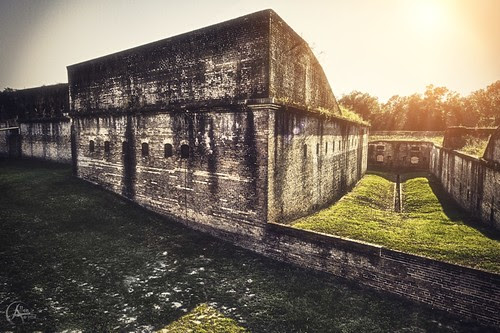 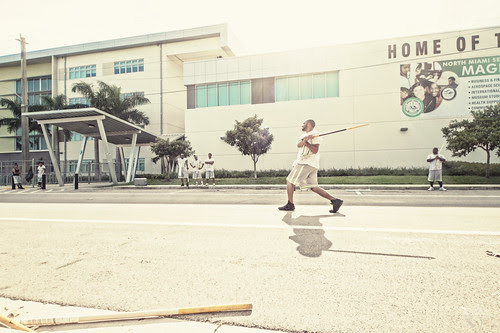 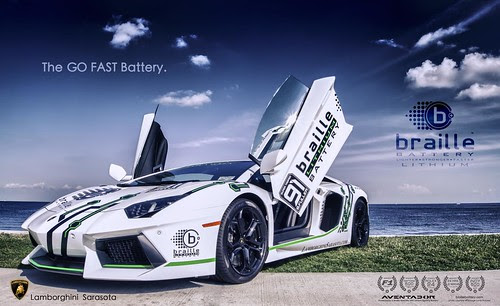 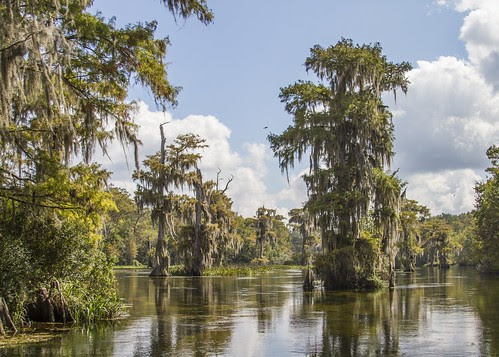 Back in July I was published in a book on user interface design as it is (aside from audio) one of my great passions in video game creation. Inside of it I talked about some aspects of audio melding with the user interface experience.

Outside the game world I spend a good amount of time composing original music. Here the music cues I composed in 2012:

#7 - The video I produced and directed:

Then there is the wonderful music video project I co-produced with Tampa Bay cinematographer Fernando Lopes, composer Josh Money, Universal Studios make up artist Kyle Vest and the dancers from Flamenco Del Sol


#8 - Then there was that Valve Cosplay project:

It should be no surprise that with part of my career being wrapped up with game design that outside of work I spend a ton of time playing games. People who follow this blog my recall a post I made about building a Personality Sphere from the hit Valve game "Portal 2"  , well that got kind of out of control by Halloween and in the end I had built a whole set of costumes including a 1:1 scale Half-Life 2 Gravity Gun. Even among my EA Peers this raised a few eyebrows. 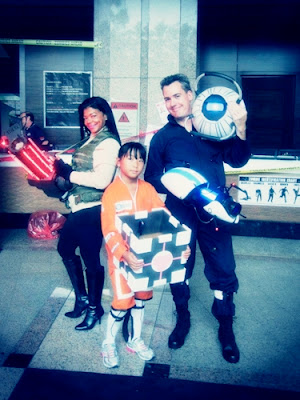 I did three lectures in 2012; two were video game related. The one above was a panel lecture at the Orlando Science Center's "Otronicon" video game expo

My advice for the year... if 2012 taught me anything it was hang around positive and creative people and those crazy artistic ideas you think up with them at a coffee shop, actually go do those things for real! Seriously, if you want to achieve something just straight up go after it you will only become stronger and more skilled no matter what happens. The only thing holding you back from a creative milestone are one's own perception that somehow it can't be done.


I had some amazing opportunities in 2012 but I also had a support network of peers, clients, friends and my wonderful family behind me and that is by far the greatest thing to have.

All of this made for an extraordinary year of professional and personal growth. Wow, 2012 was a good year! I have a feeling 2013 will be all that and a bag of chips :)

Thanks for reading; I hope your year is outstanding as well.