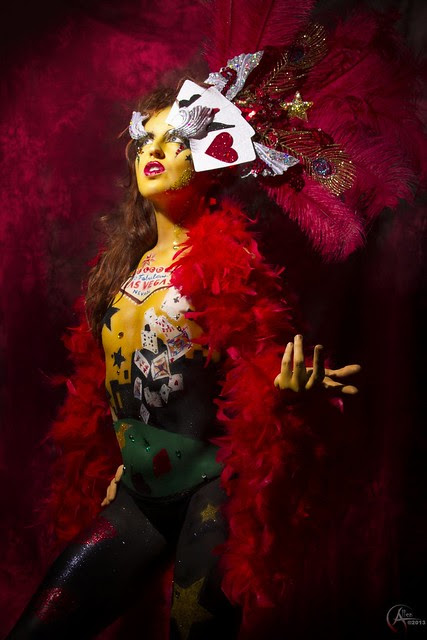 I have been working with Orlando based artist Kyle Vest for some years now, the projects we have put together have always been artistically fulfilling yet often challenging. Kyles newest creation "Vegas Baby!" featuring model Christie Matheis was no different. The entire project was envisioned and executed in the wee hours of June 19th 2013. We had about 12ft of space to both paint and photograph in. Dubstep music rang out from a tiny android cell phone to keep the energy up for the project.  Outside a fierce Florida  thunderstorm rattled the windows and lit up the dark skies.

This video illustrates the bodypaint process and Kyle talks a little bit about who he is as an artist: 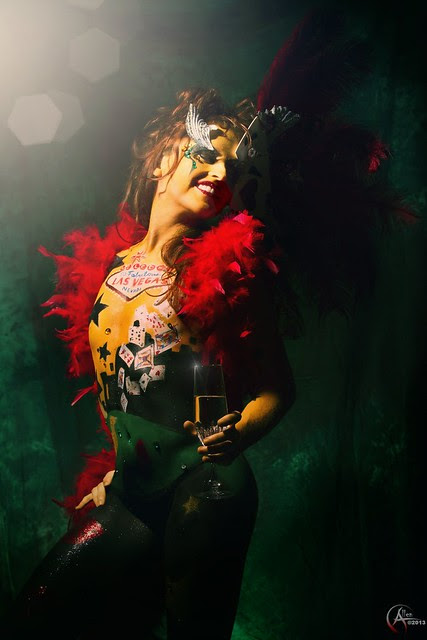 Shooting the set was a challenge largely due to space. I wanted to avoid a wide angle lens as to keep the proportions and details in check so I commonly shot greater than 20MM while crouched in a nearby room shooting through the door frame. 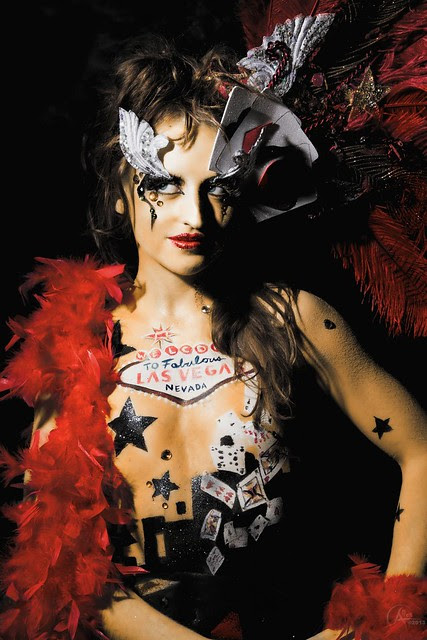 Lighting was supposed to be done with a couple of hair-light strobes and a 1000 watt mono-light with a beauty-dish, however due to a M.I.A. power cord we were restricted to the smaller 160 watt strobes, hardly a deal breaker with my so many shoots in my past using only a Vivitar 285HV and I easily has three times that much power on this project. Often such restrictions force even more creativity and it did. 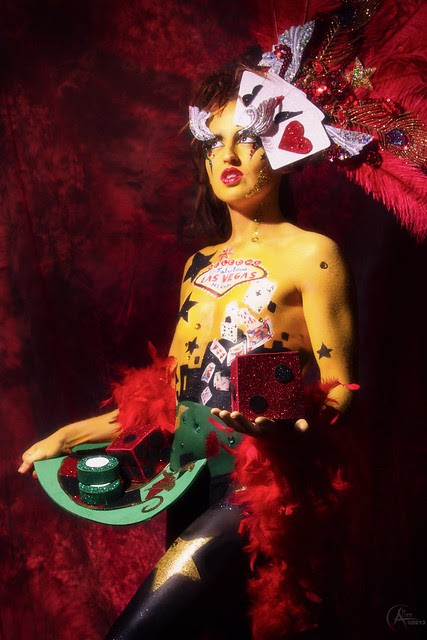 For most of the shots I attached a honycomb grid with a set of clamps to really dial in light on Christie. The light was tucked into the only real free corner on the left near a bed and dresser. 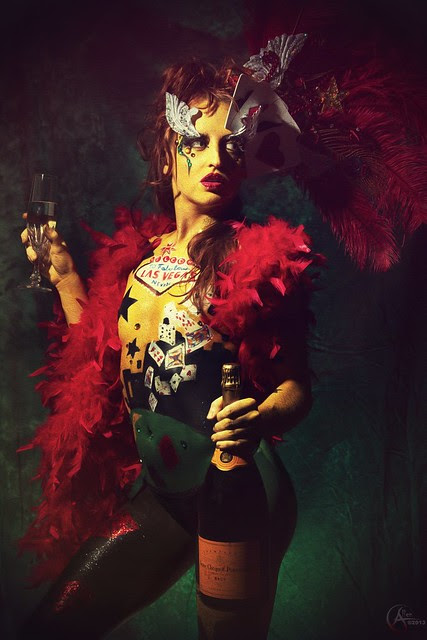 The backdrop was a simple acid washed black sheet that I illuminated from the floor with colored gels over the small strobe, this provided some sense of depth and embraced the colors that Kyle used for his painting. 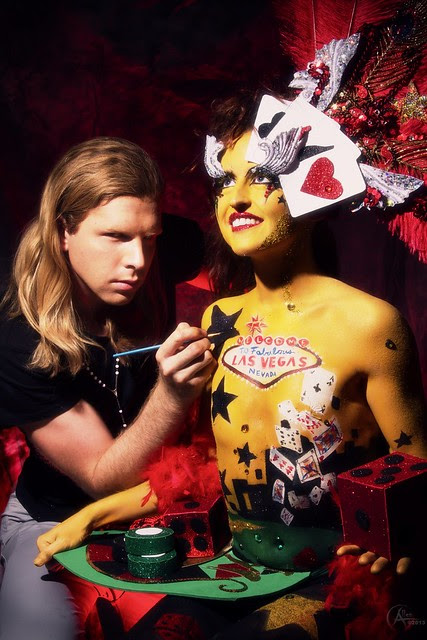 At around 3 am we all felt like we had created what we wanted and captured the moment. Another wonderful night of art with some very, very creative people.