Why elitism will fail you creatively

I would guess no matter what skill, hobby or interest you are involved with you have met an elitist; these are the people that swear that you can’t achieve something without the most expensive and often overrated equipment out there. In audio this would be the person with the most expensive Pro Tools rig running on the beefiest Mac made this month and don’t forget that Waves Mercury Bundle. In photography these are the people that swear to god anything not shot through L series glass or a Carl Zeiss lens on the flagship camera model is going to be bland and blurry. These are the people who live and die by the specs and fill up countless reply’s on the equipment forums about what gear is the best there will ever be. Having spent my entire career so close to technology and art I will proudly say “Don’t believe the hype… gear will never equal talent” Years from now today's cutting edge tools will likely be gathering dust on a shelf in a storage space. 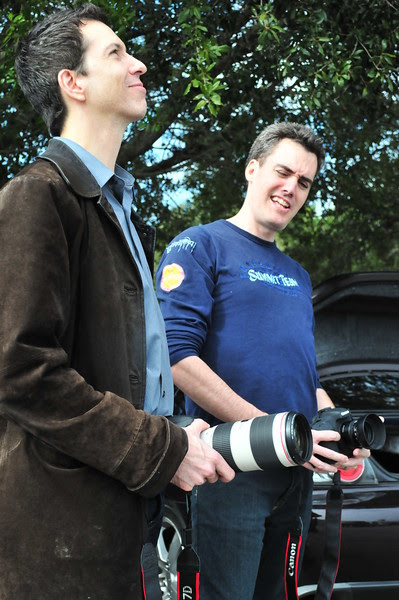 Lens Envy - An image of my good friend Dave and I from a photography scavenger hunt years ago. Shot by Ivonne Bonett -  For the record my friend Dave is not an elitist, he just plays one on TV :)


To explain why I believe the elitism attitude holds no real merit I will simplify my example for a moment…do you think a $500 skillet would make better scrabbled eggs than the $15 one you own now? The point being that even if the $500 skillet magically made the eggs a little better would it matter? Is it worth it? Well, certainly we cannot compare creating art to whipping up scrambled eggs can we? Um, actually yes… because depending on what you are creating you may or may not really need all that much stuff to achieve what you want to achieve. Buying a better camera does not make you a better photographer any more than buying a better skillet would make you a better cook.

This photo was one of my very first portraits, it was lit with only a single $85 Vivitar 285HV flash and shot with a 7.5 mega pixel Olympus E330 Camera. The model was laying on a piano that a music store owner let us use after hours at no charge.

If you pick up a magazine on photography (or any other high tech hobby) you will notice about 90% of it has something to do with expensive equipment or software. Recently there was a “How to do macro photography” article in a photography magazine that featured an avocado pit photographed with a Hasselblad camera. A Hasselblad costs more than a Honda Civic...awesome technology...totally overkill for an avocado pit. I have seen other such articles with lighting array’s costing thousands of dollars that honestly could be achieved with a used Canon 40d and an LED flashlight if the photographer understood concepts in light capture. For beginners trying to learn skills this is very confusing and often results in people overspending hard earned cash on items that are completely overkill in most cases. 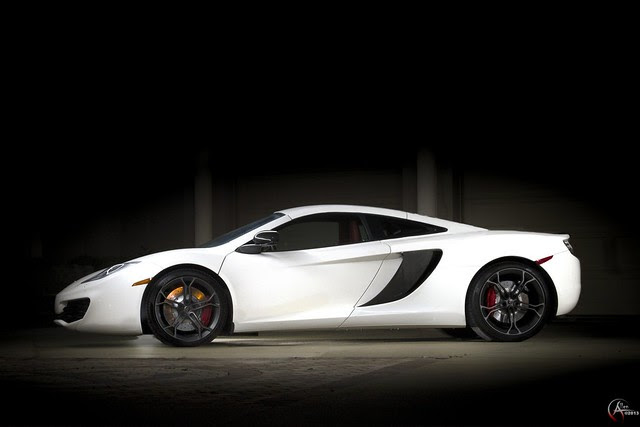 This recent photo I took of the McLaren MP4-12C was lit only using a $35  LED array. The camera was set to shoot long exposures to gather light over several seconds.


Elitism fails in a creative sense simply because you are restricting all that is possible based on the requirement for specialized equipment, no matter how great that equipment is, this mentality is a bottleneck. Sure a RED Epic camera can shoot amazing footage but compared to a Go-Pro what would you feel better about holding as you rip down a zipline or jump into the ocean? Which camera would you take greater chances with (thus scoring a better chance of standout footage)? That also bridges the question why not spend all those elitist dollars on setting up a great project, artistic co-op or adventure that will provide the opportunity for stand out imagery; A great example of that would be artist Gregory Crewdson and his larger than life productions.

Before picking your tools always ask yourself “What is the goal of my creation?” As with many things in life you can get there many different ways, some of those ways just require a little more planning and... (wait for it)...creativity.

A few years back I shot a series of Cozy Coupe toy cars to illustrate how the right setting, the right vision can make any car look amazing.

It should also be noted that variants in tools or using a different approach may be greatly advantageous to a creative mind; there are many happy accidents that could give you a signature look or inspire new directions for your creativity.

Recently I was both impressed and caught off guard when I discovered some artists using Microsoft Excel to create paintings instead of Photoshop or Painter, what an amazing twist on what is possible.

I composed Vismaya with a free VST synth that I downloaded from H.G Fortune

“Own nothing but the ideas and rent everything else” that is a mantra I have had for a few years now and there is truth to it. Regardless of what you are trying to create it is often significantly cheaper to rent the gear you need for the project than to buy it. For instance in photography I almost always rent my lenses; the benefit is that I become unrestricted by a sense of obligation to equipment I have. If I need a $3000 telephoto lens for a single race I can rent that for $150, I can show up impress the client, get great shots and likely make a profit rather than making another credit card payment. This is a hard philosophy for elitist to argue since plausibly you could have anything for your next project but they will likely always be using the same things. This philosophy also future-proofs the artist a bit in that whatever the next great tool is you can borrow it rather than panicking on how you will sell and upgrade. 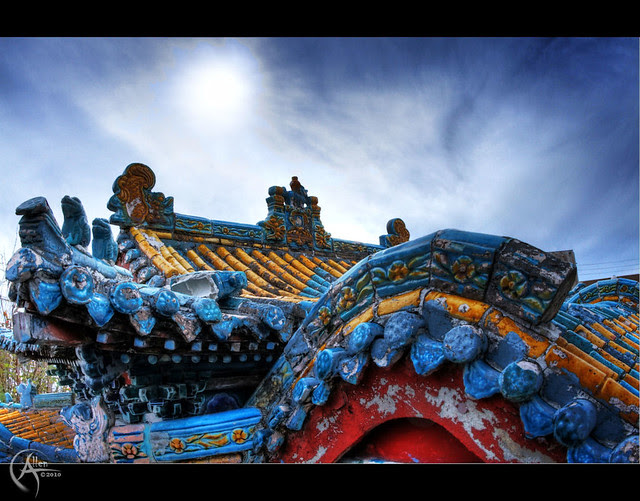 Years ago I stumbled upon a collection of miniature buildings from the defunct theme park "Splendid China", I rented a fixed canon 15mm to get close and wide and make the models seem much larger.

Great creative minds are just that “Minds”, not equipment. You don’t see huge discussions talking about what brush Leonardo da Vinci used to paint the Mona Lisa….Leonardo painted the image not the brush. Be it sound or image the tools only assist the artist in creation, they cannot create the vision themselves. To me elitism is a failed philosophy; it is to say that the greatest creation can only happen in this time with this equipment thus inadvertently dismissing all the great wonders of art created in history that would be subpar to the now “preferred” method. 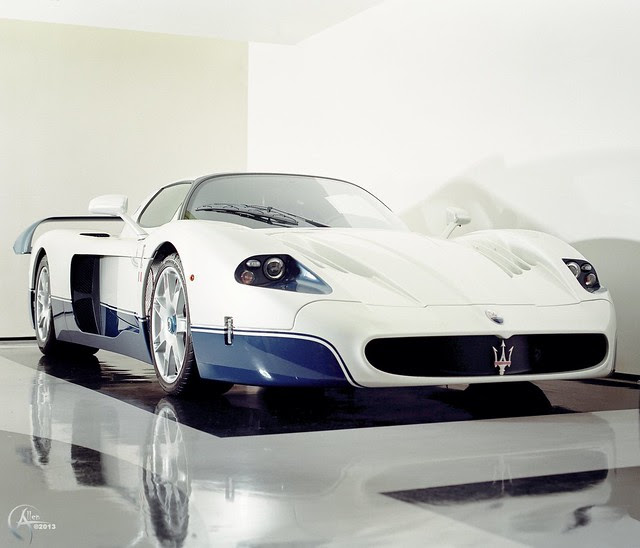 A photo of the stunning Maserati MC12 Supercar using my old fashion Mamiya RB67 Film Camera...Wait, did I say film? Do people still use film? Yes, and it was totally worth the week I waited for the processing.

Those who swear by the latest and greatest often can’t see past the walls of the box they have decided to step into. Set down your credit card and catalogs and meditate on what you want to achieve and create. 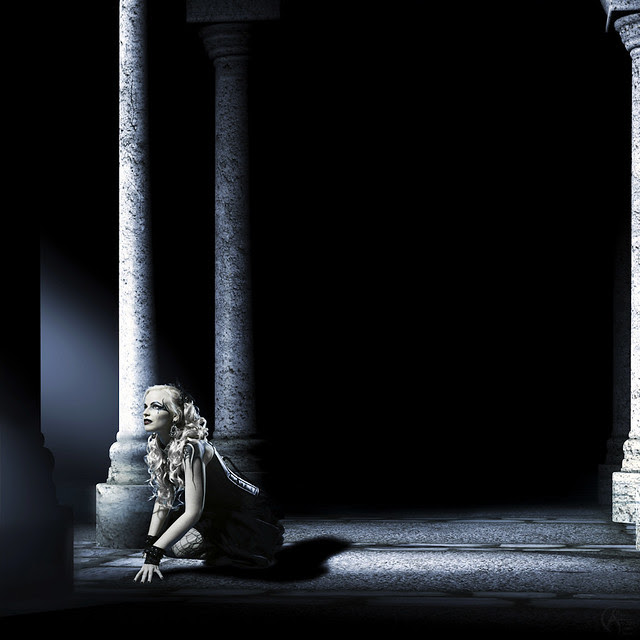