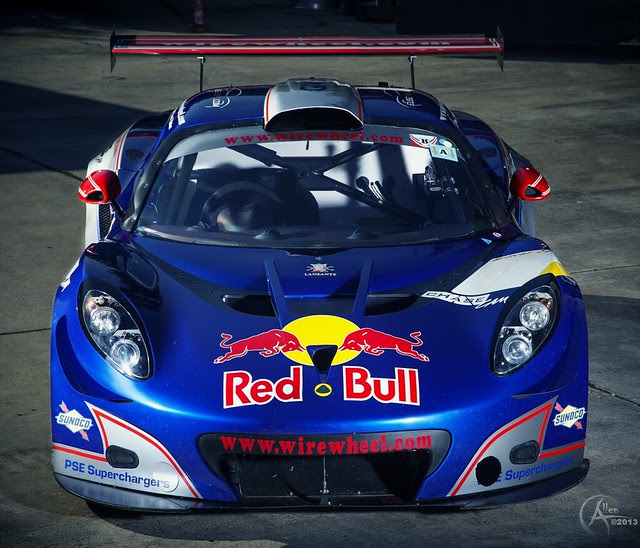 Let me introduce you to quite possibly the most stunning version of the Lotus Exige you will ever see. This very special Lotus was built, tuned and driven by the legendary Adrian Newey the chief technical officer of Red Bull Racing; that statement in itself is enough to cue the pictures and roll the credits if you know anything of what Adrian has brought to the table in F1 Designs. 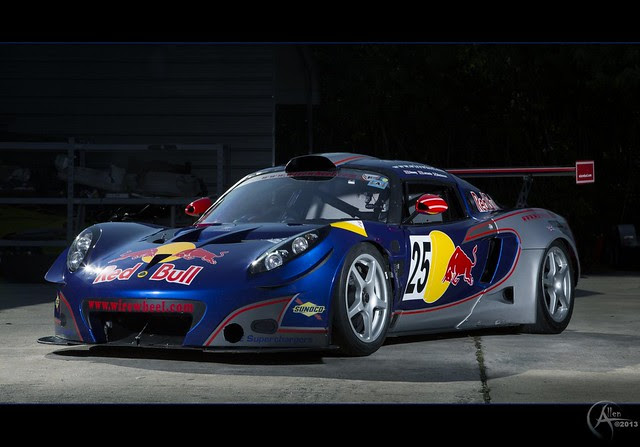 I first discovered this car at the Festival of Speed in Orlando last December and I remember then even among a sea of Supercars finding myself absolutely taken by the design of this Lotus. Perhaps its form was the inspiration for the Hennessey Venom GT but I tell you this - the Red Bull GT3 is one of the most beautiful cars I have ever seen. 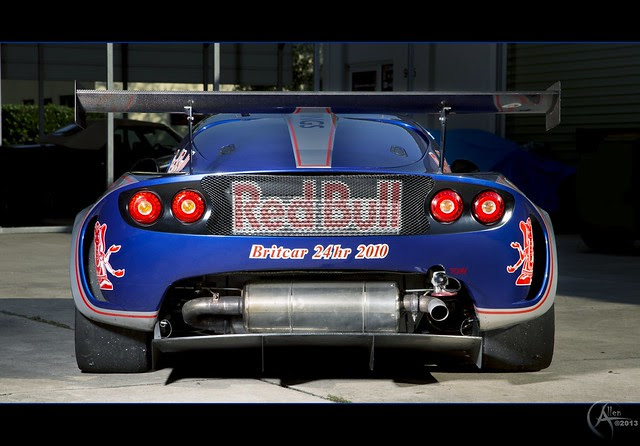 I tracked it down to a shop in Vero Beach Florida named Wirewheel.com, while waiting for the GT3 to be unloaded from a recent car show I also shot my previous entry the K24 S1 Elise, also an amazing car but when the crew unloaded and rolled out the Red Bull GT3 I instantly remembered why I had driven 3 hours to shoot this...I mean wow! 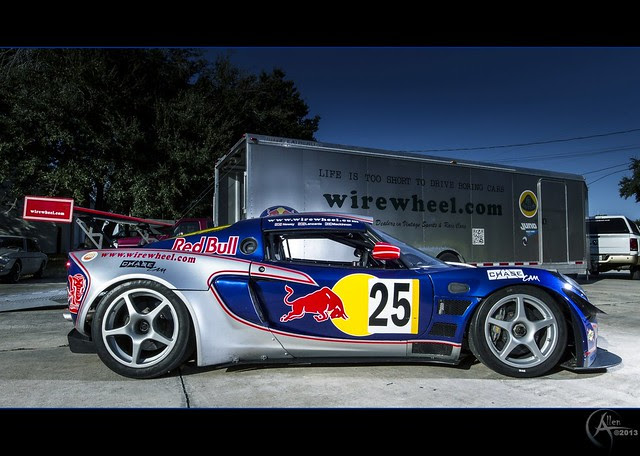 The GT3 was a collective project from Lanzante Motorsport combining the talents of Adrian Newy, Dean Lanzante, and Alistair MacKinnon. It was prepped for the "Britcar" endurance racing series in the United Kingdom. 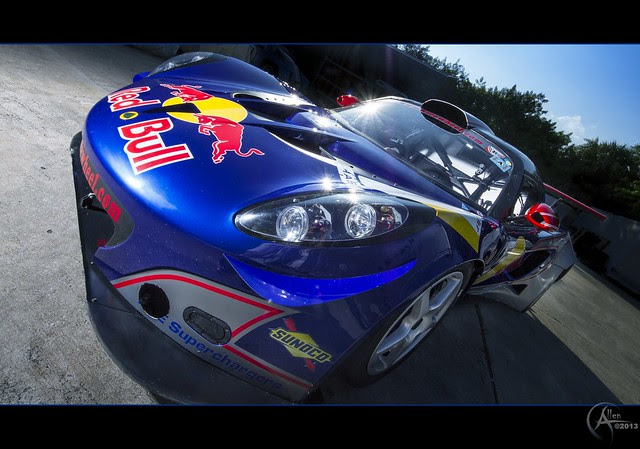 On March 28th 2009 this beast hit the track at Silverstone.  It took 1st place in GT3 and 4th overall in the race (class 1/2/3... edging out a Mosler MT900 I might add) with a blistering lap time of 1.28.287, the same overall results happened two months later at Rockingham as seen in a clip from this video... 1st in GT3. basically the Red Bull GT3 was built to race and it did so very well. 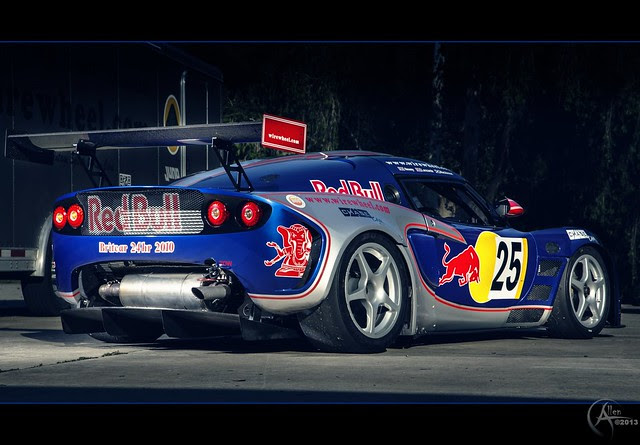 Being an audio engineer I must mention at speed the Red Bull GT3 sounds orgasmic (a clip from the Spa Euro Race in July of 09):

The interior is as expected - sparse, just essentials and nothing more than a pull cord to open the door.
This machine was all about power to weight and at 345HP in a car weighing less 1500 pounds ..well yeah this is a track attack monster. 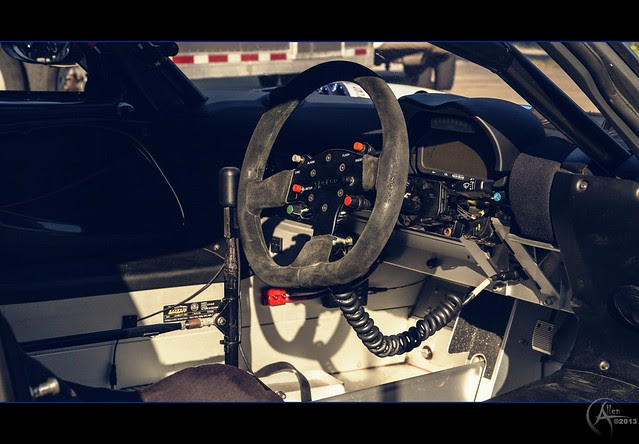 Talking with the mechanic at Wirewheel this Red Bull project cost over $300,000 and once the back deck is popped on the engine bay you start to see how radical this GT car really is. 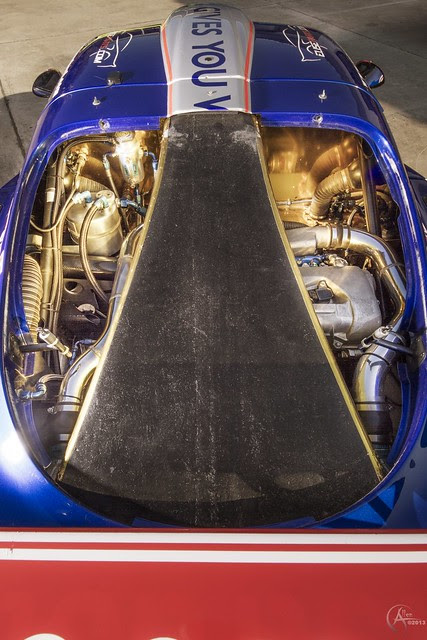 The massive intake feeds the Toyota 2ZZ engine that is powered up by a supercharger.Gold insulation keeps things nice and heat efficient. 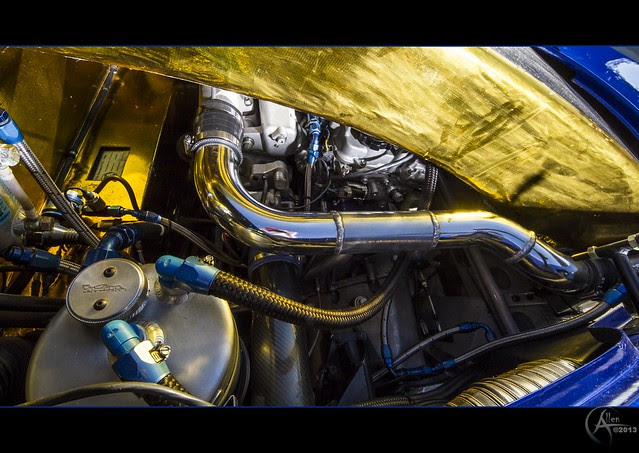 The gearbox is a Hewland PCT 6 Speed sequential, that does auto bliping as to waste no power getting into lower gears.

So was I right or what? An amazing Lotus with a very cool legacy to boot. 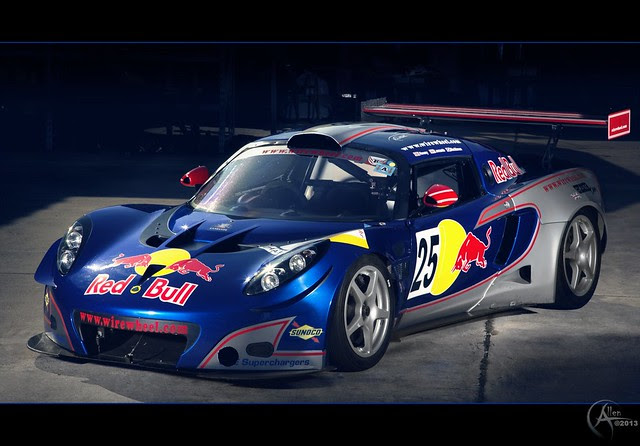 Thanks to Wirewheel for all the help on this shoot, it was the best way to spend a Monday afternoon.

Automotive fans and judges at the 2013 Concours d'elegance in Winter Park Florida brought this amazing Lotus in for yet another win; The Red Bull GT3 won best in competition class! 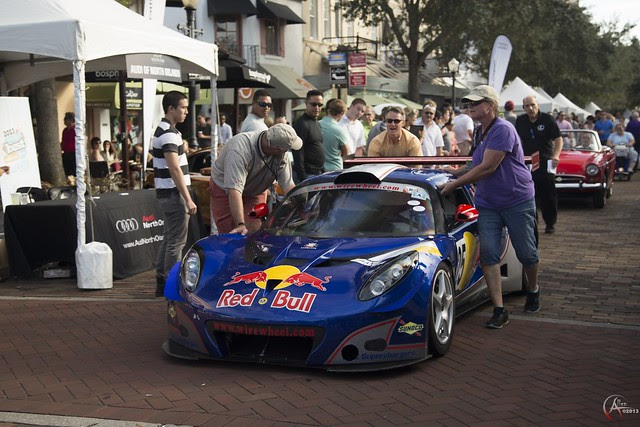 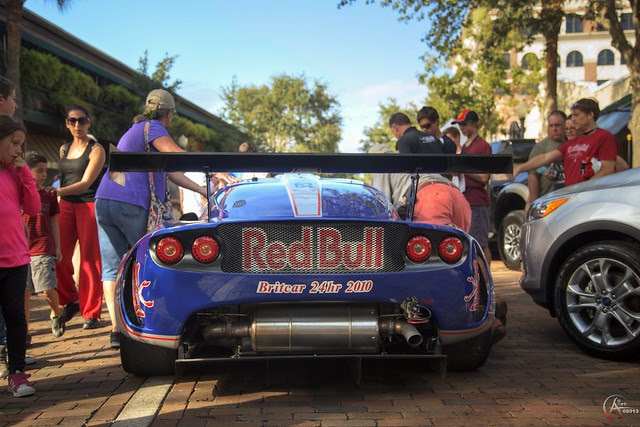 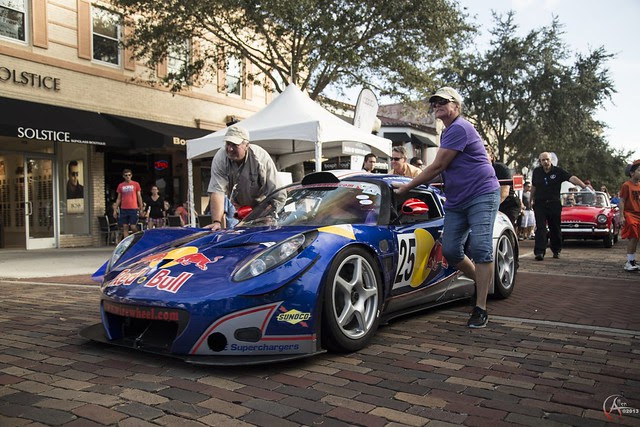 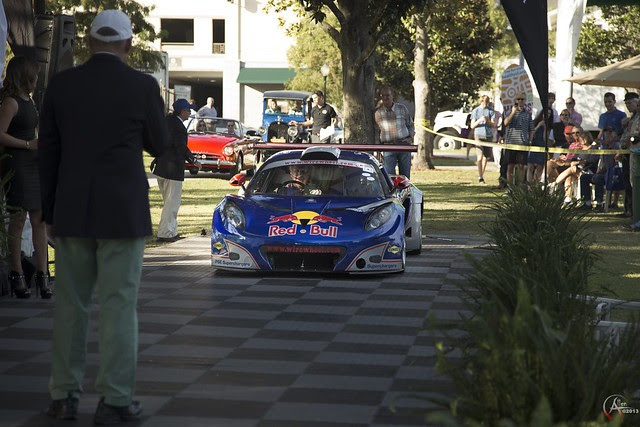 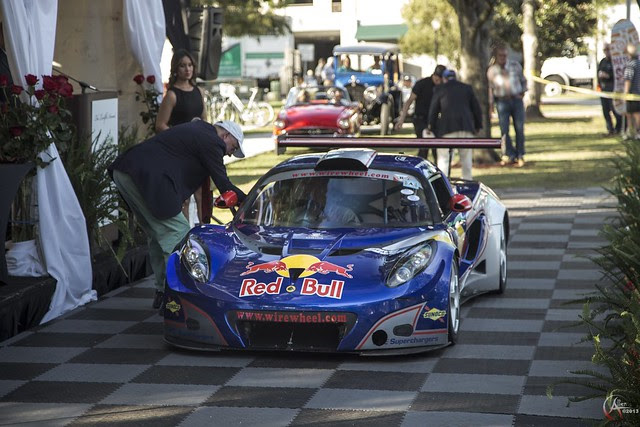 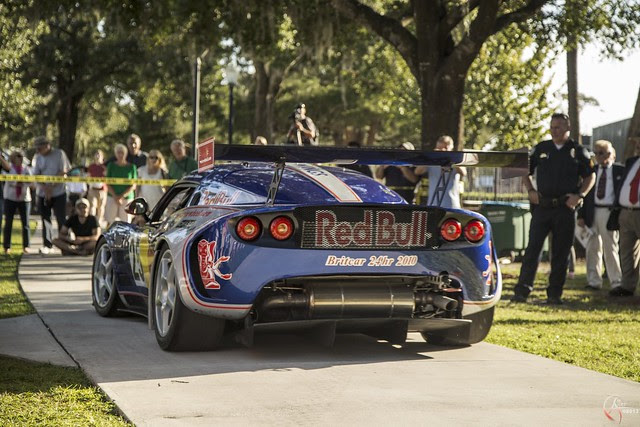